You are here
News»

A History Of Lathes and Milling Machines

A History Of Lathes and Milling Machines 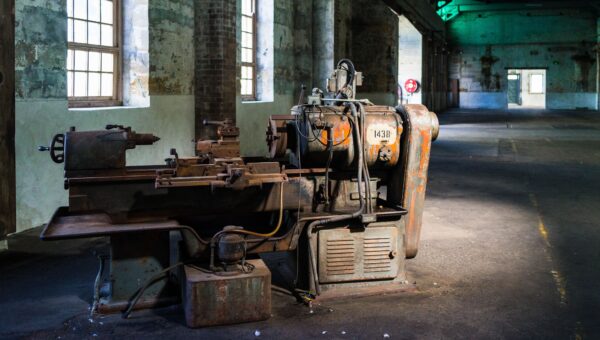 Here is a brief look into the history of lathes and milling machines and how they’ve become as efficient as they are today.

The History of the Lathe

A lathe is an ancient tool that dates back to 1300BC in Egypt. The lathe machine was also utilised in Ancient Greece, as what we’d now call the two-person model. One workman would turn a wooden workpiece with rope in the lathe frame, and another would shape the material with a sharp tool. The two-person lathe was much less sophisticated than the CNC builds we’ve come to create today, but that’s to be expected!

Lathes were further developed by the Ancient Romans, who adopted the shape of the lathe to suit shaping ‘shale’. Shale was a soft stone but still a significantly more rigid material than the wood that the Ancient Egyptian lathes turned. Roman lathes had to be built much sturdier to handle stone, but the shape didn’t massively change.

The Development of the Lathe

The Vikings used both bowl turning lathes and pole lathes, with evidence found in York of consistent wood-turning and plenty of domestic household items forged with wood. Wooden bowls weren’t a rare sight, and woodwork seemed to play a large part in providing jobs in those days. From examining the artefacts, like waste pieces from Viking commercial woodwork, archaeologists have a reasonable idea of how both lathes looked.

You can still find pole lathes today, as well as old-fashioned bowl turning lathes. Where space was limited, a bow was introduced to the lathe design to replace the pole from the 17th century onwards. A thorough metal build followed in the 18th century by Jacques de Vaucanson. Both these updated lathe models included a foot treadle, several strings and a bobbin, and they closely resemble the modern manual lathes we use today. The only difference is we’ve got automatic CNC lathe operations now!

The History of the Milling Machine

Milling machines have been around for significantly less time than the lathe, but they’re still more than 200 years old. Records show that early models were around from 1814 onward, though it’s hard to trace them back to any specific name or business. The 1840s to the 1860s saw further development of the milling machine, but without the 3 axes of movement, you’d recognise today. The lineup looked more like a drill press, where the device would perform one task at a time.

1861 saw Brown & Sharpe introduce the universal milling machine, which utilised the 3 axes for movement. Complex parts could be milled with relative ease rather than overseen in multiple steps, and the design proved vital in creating weaponry during the approach to World War One.

The Development of the Milling Machine

Rudolph Bannow built the Bridgeport milling machine in 1936, which was lighter, cheaper and easier to use than all previous models. World War One had seen milling machines develop with features like anti-backlash nuts, and the Bridgeport model took all developments from the past century into a build that is still in production today. Numerical Control became the standard for the Bridgeport build and its clones in 1950, though initially only available for aerospace applications. Still, the development accelerated into full CNC on most models by the 1970s.

CNC milling machines are still crucial to us today, and they continue to develop to be more accurate and easier to use. If you have any further questions about modern milling machines or lathe applications for your business today, please get in touch with us at DTS UK.